The Oscars have never been the highlight of artistic recognition for films made outside the US. The hard-hitting South Korean class satire tore down the barriers as the first non-English film to win Oscar for Best Picture. This marked a significant departure from the same old playbook typically used by the Academy, and Parasite made history!

The Academy Awards, which have been side-lining international films in a separate category for years, saw a watershed moment when Parasite pulled a stunning shot to win the best picture award, becoming the first non-English language film to receive this honor. 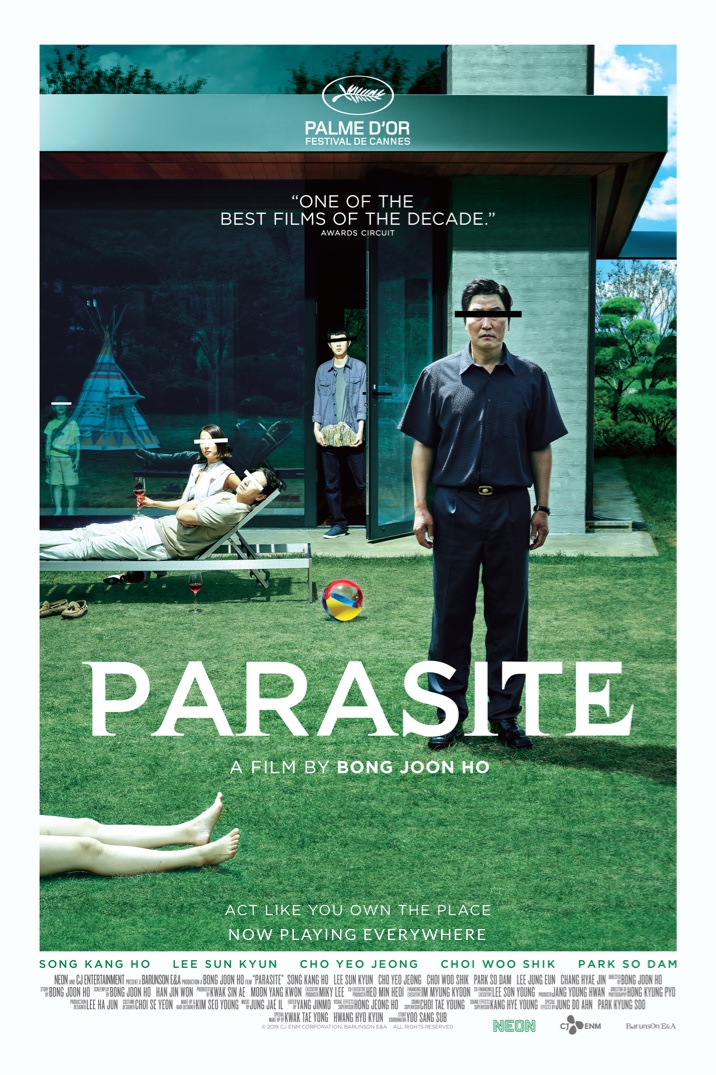 Parasite scored not only the Best Picture, but it further scooped awards in other top categories – International Feature, Original Screenplay, and as the might came to close, the Best Director. Parasite ultimately took four trophies – maximum of the night – earning cheers, whoops, and a standing ovation from the Hollywood crowd at the Dolby Theatre.

After winning the Original Screenplay trophy, Bong reflected on the imbalanced expectations for filmmakers outside the US, “Writing a script is always such a lonely process; we never write to represent our countries. But this is [the] very first Oscar to South Korea.”

Upon winning the Best Director award, Bong Joon Ho commented, “I thought I was done for the day and ready to relax,” before promising to “drink until next morning.” He is the first South Korean to get the honor. In the directing category, Bong Joon Ho was competing against masters, Martin Scorsese (“The Irishman”), Quentin Tarantino (“Once Upon A Time In Hollywood”), Sam Mendes (“1917”), and Todd Phillips (“Joker”). In his speech after the win, he stated if he had a “Texas chainsaw” so he could split the statuette into five pieces and share it with the other nominees. He went on to say, “When I was in school, I studied Martin Scorsese’s films. Just to be nominated was a huge honor. I never thought I would win.”

Producer Kwak Sin-ae in her acceptance speech after the Best Picture win at the 92nd Academy Awards said, “We never imagined this to ever happen. We are so happy. It feels like an opportune moment in history is happening right now.” The 92nd Academy Awards were held on Sunday evening at the Dolby Theatre in Los Angeles, US.

Bong’s Parasite also won other awards this year in January. Parasite won the best foreign-language film at the Golden Globes and the Critics Choice Awards. At the Critics’ Choice Awards, he tied with Mendes for the best director. It also grabbed the original screenplay and film in the non-English category at the BAFTAs.

Parasite is a critically acclaimed South Korean thriller – a comical, heart-rending, and tense portrayal of the gulf between the rich and the poor. The film follows Kim Ki Woo (played by Choi Woo Shik), an enterprising young man who’s secured a tutoring job for the wealthy Park family. Soon, Ki Woo hatches a devious scheme to ensure that his sister, father, and mother are all hired by the Parks. The Kims move through the Parks’ world as studious interlopers, alternately observing the wealth around them from a distance and gleefully availing themselves of its spoils. The movie builds to its crescendo slowly, and the economic differences that keep its characters tied to one another lead to a dizzying climax.

.@wsjournal describes PARASITE as “giddy thrill… a high-wire act where the acrobat suddenly leaps to a higher wire, then to another that’s higher still.”

Parasite isn’t just the first Korean film to win an Oscar; it’s also the first one ever to be nominated! And although it was nominated in six categories (it won four out of those six), none of the nominations included individual performances. Here Academy continued its unfortunate trend of not celebrating the actors who brought these (non-English) movies to life. 10 of the coolest and fashionable BTS-inspired nail art designs If you are a BTS fan, check out the latest Map of the Soul: 7 BTS merch All you need to know about the latest and greatest by BTS: Map of the Soul: 7