Check out the best Korean anime, which includes titles like Closers Side Blacklambs, Tower of God, Nobelese, and other animated Korean cartoon series.

When it comes to anime, we think of the infamous Japanese Anime. However, Korean Anime are the hidden gems that few people know about. Korean Anime covers all types of stories, emotions, and interests. We have some of the finest suggestions if you haven’t watched Korean Anime!

Closers Side Blacklambs is the story of some crooked young people who fight alien invaders. They are recruited to fight with the aliens; however, they do not know much about how to fight aliens. As a result, they train and improve their bond. After that, they acquire special abilities to defend their land from these aliens. This Korean Anime includes traditional 2D animation and computerized imagery. As a result, the action scenes are action-packed and fast-paced.

The Fake is a Korean animated film released in 2013. The film is directed by Lee Sung-gang, who directs the story of a village where there is religious fraud. There is a religious terror going on in the village where the villagers are forced to follow the rules imposed by the authority. As a result, the villagers have to pay taxes to the church. In addition, those who don’t follow the rules get punishment. Eventually, Jong-Gil (the main character) saves the village by exposing the church’s fraud. The Fake is a unique approach to showcasing the exploitation of religions in our society.

The King of Pigs is about the high school bullying of two best friends. It is a Korean anime that takes a dark and violent turn as the show goes on. Kyung-min and Jong-suk, the two main characters, have terrible experiences as adults. They lived in a world where the rich and powerful had full control. On top of that, there is injustice everywhere. While Kyung-min is a heavy drinker, Kong-suk is always depressed. Eventually, they both decide to take revenge on their bullies and kill them. The story of the King of pigs is interesting; however, it takes a dark turn.

If you like vampire stories, then Noblesse will serve you right. It is about a Rai, who is a powerful vampire and, most importantly, the only last one of his kind. This Korean anime story starts with Rai being asleep for 820 years. Moreover, during his sleeping period, the world around him changed a lot. In addition, other vampires also vanished during that time. As a result, Rai aims to find out what happened to other vampires. The Anime is full of action and mystery, which anime lovers will enjoy.

As the name suggests, the Tower of God consists of a tower where a boy named Bam has trapped it. The inside of the tower is full of monsters and various other dangerous elements. Bam’s objective is to figure out a way to get out of the tower and return to his home. Along the journey of Bam, there will be interesting incidents that are full of adventure and suspense. Tower of God is one of the most popular Korean Anime, and it is enjoyed by many.

Approved for adoption is a heartwarming and thoughtful Korean anime. The Korean cartoon animated story is about a Korean boy Jung-ha who a Belgian family adopts. Jung-ha’s struggles as a child are a prevalent focus in the story. In addition, it is interesting to know how the story unfolds as Jung-Ha tries to find his place in the world. Above all, the story is inspired by the real-life experience of its creator, Jung Henin. A Belgian couple also adopted Jung Henin, and he depicts his experience in Approved for Adoption.

Every story from these Korean Anime is unique and brings more interest as you watch them. On top of that, Korean cartoon anime’s visuals and art are fresh and highly detailed (at least in some). You will not complain about the quality of these Anime when you watch them on your screens.

Found this one interesting? Check out more from KoreaProductPost: Korean Fashion Brands Made Famous by K-drama Stars from Crash Landing On You, Her Private Life, and Encounter – Which Ones Do You Like? 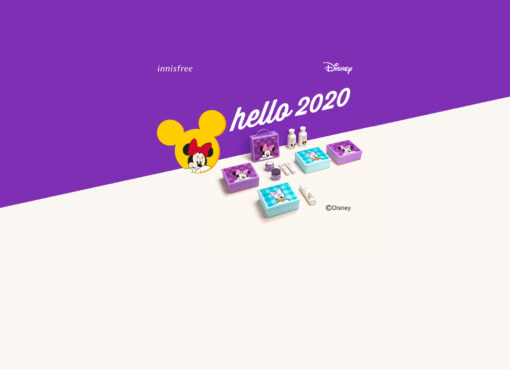