We discussed the essentials of Korean cuisine and what is generally included in this cuisine in the last post. Most of the dishes revolve around a bunch of common ingredients like meat, vegetables, and rice. The spices and condiments remain common amongst the dishes like gochujang, kochukaru, soy sauce, doenjang, garlic, ginger, scallops, and many others. The dishes have a bold and spicy flavour.

Here are a few dishes you might have heard of whenever someone says Korean cuisine. And if you are new to the cuisine, then these will build a base for a better understanding of the Korean cuisine.

It is one of the most popular Korean dishes across the world. This is essentially thin slices of barbequed meat, mainly beef. It can also be chicken and pork, but it is almost always beef. It is marinated with a mixture of spices like soy sauce, garlic, sugar and hot pepper. The grilled beef is served with a lettuce wrap and gochujang (spicy red pepper paste).

This dish literally translates to mixed rice. It is served with different hot toppings like sautéed vegetables, fermented chilli, beef, and egg. White rice serves as a base for all the toppings. If you want a traditional version, it can be prepared in a dolsot (stone cooking pot) but it takes a lot of time. 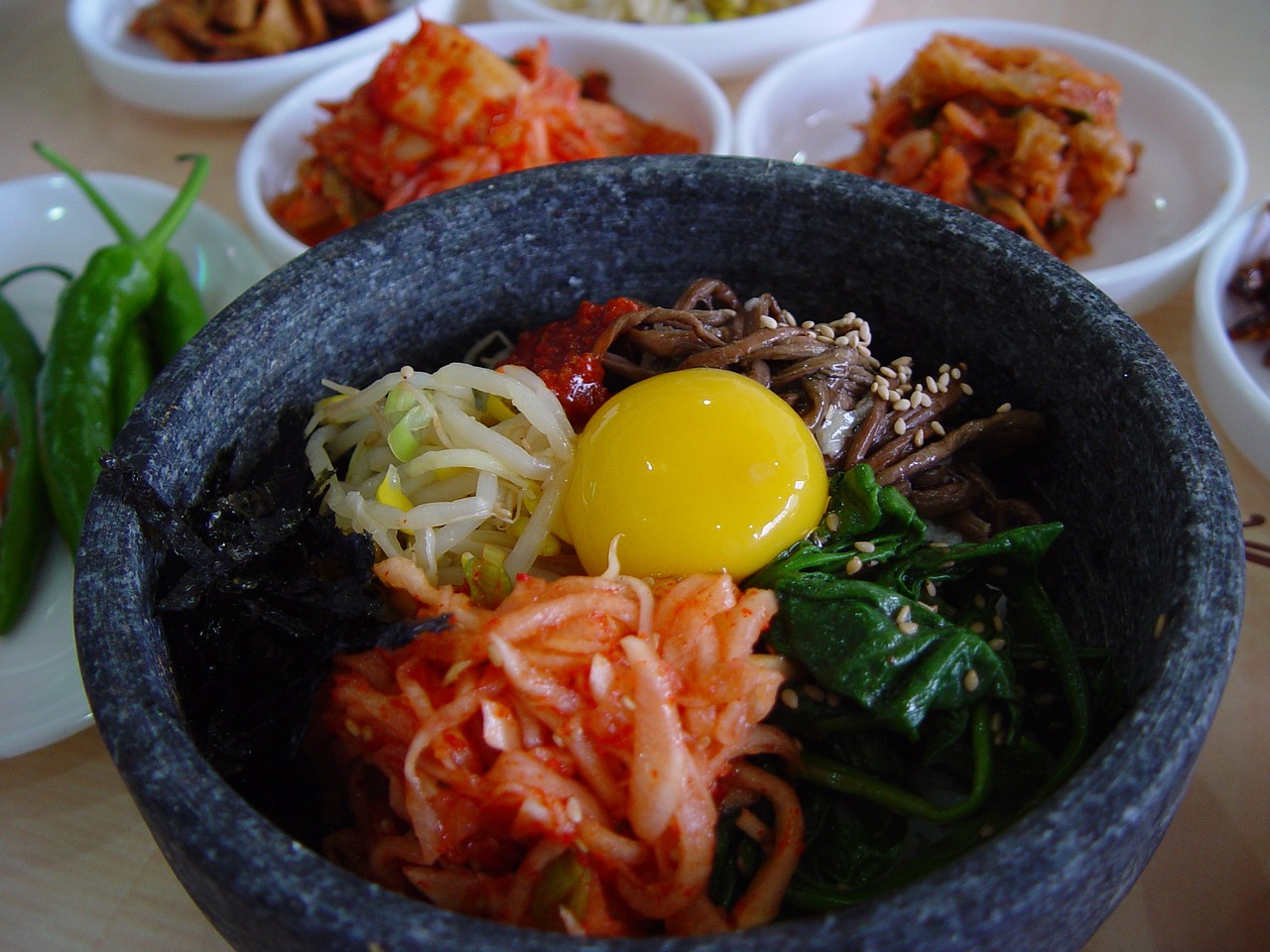 This is another Korean barbeque dish with short ribs. Sometimes, sirloin and ribeye meat are also used to make galbi. You can have grilled short ribs, or they can be part of another dish. They can be put in a stew or other dishes like soup. Galbi tang is one such dish. It is a short rib soup that has been around since the Goryeo Dynasty.

It is the Korean version of sashimi with some differences. It is a dish for fish lovers where raw meat is served. The flesh of live fishes like flounder and salmon is sliced so it retains its crunchy texture. There are many variations like Saengseon hoe which is fish meat wrapped in lettuce and perilla leaves dipped in a spicy sauce. Yukhoe with beef tartare is another version of this dish.

The Korean version of dumpling is filled with chopped meat, scallions, ginger, garlic, tofu, pork, or chicken. It can also be made using vegetables. The dumplings can be boiled, steamed, or even pan-fried based on your preference. You can directly have the dumplings with kimchi or a spicy soy sauce. They also can be added to a broth or soup which is generally served with a rice cake or tteok. 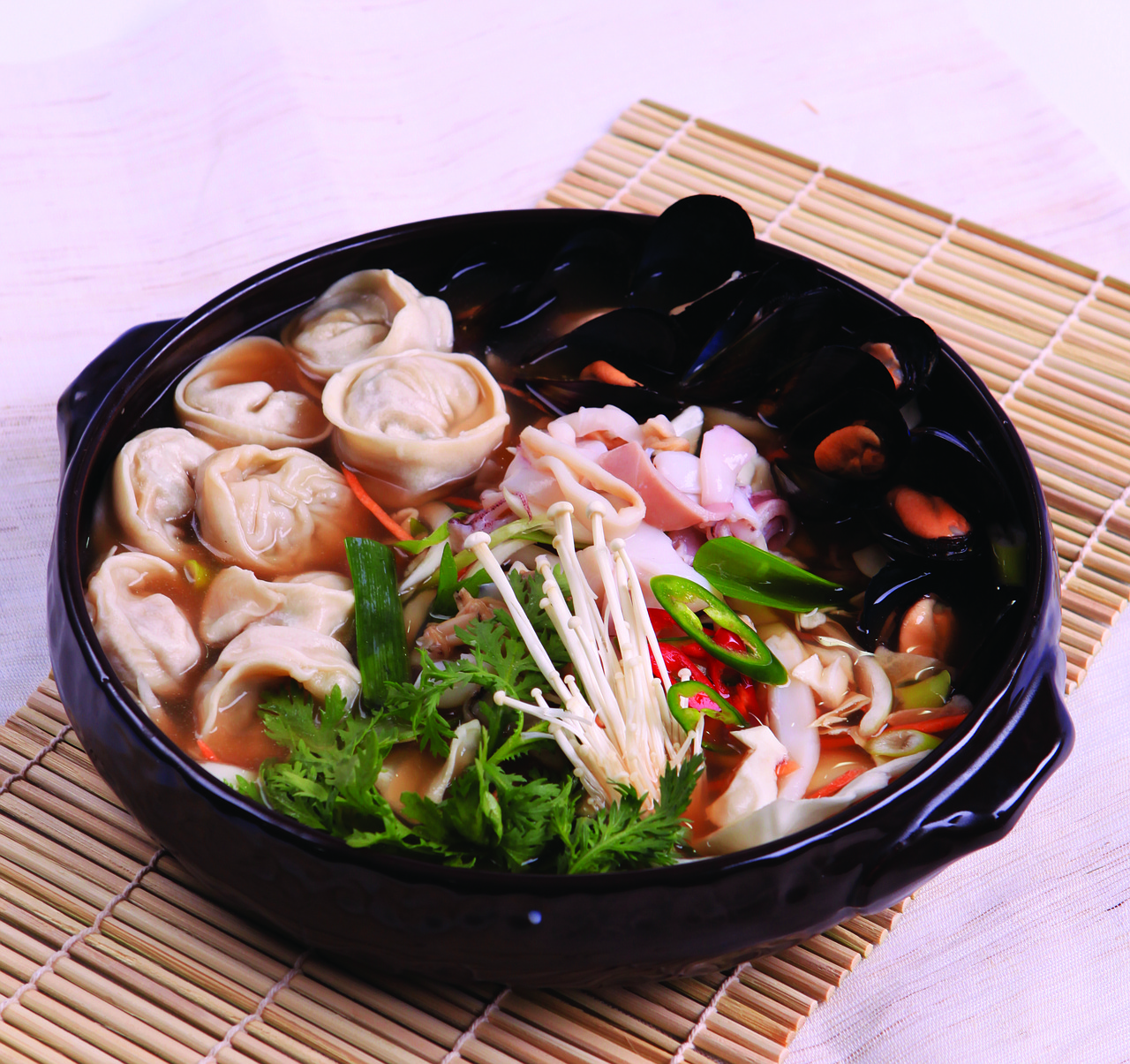 This is a popular noodle dish in Korea. The glass noodles are made from either sweet potatoes or mung beans. The noodles are prepared with sesame oil, thin vegetable slices and beef. This dish can be served hot or cold and it can be a main dish or a banchan. It is a light and refreshing dish.

Tteokbokki is a type of street food from Seoul, Korea. It includes cylindrical rice cake, fish cake and veggies cooked in a red chilli sauce. This dish has a slightly sweet and spicy flavour. 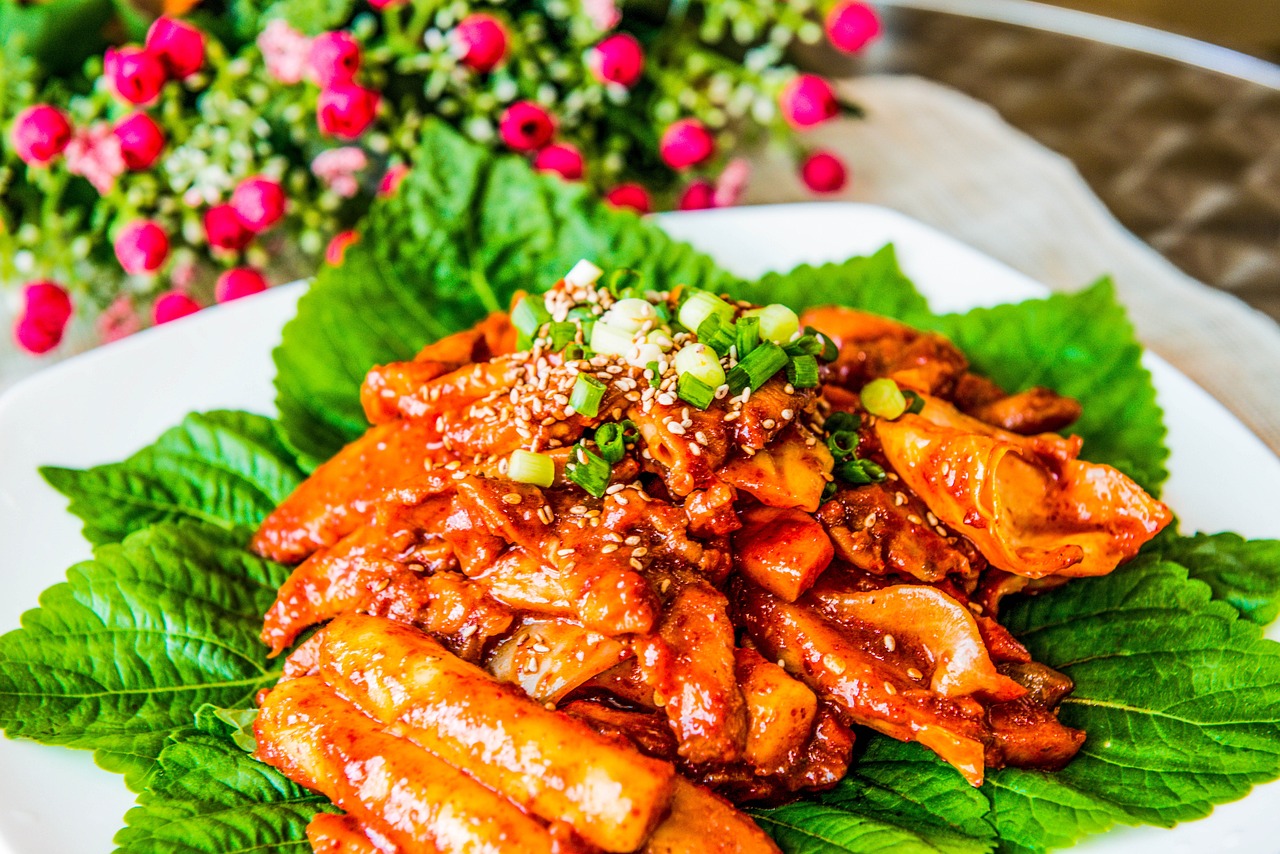 This is another popular food in Korean streets which you can find everywhere, from local street vendors to fancy restaurants. This is not a simple fried chicken but the preparation is unique. The chicken is fried twice which makes it lighter and crispier while remaining juicy. It is seasoned with sesame seeds to give it a unique taste. 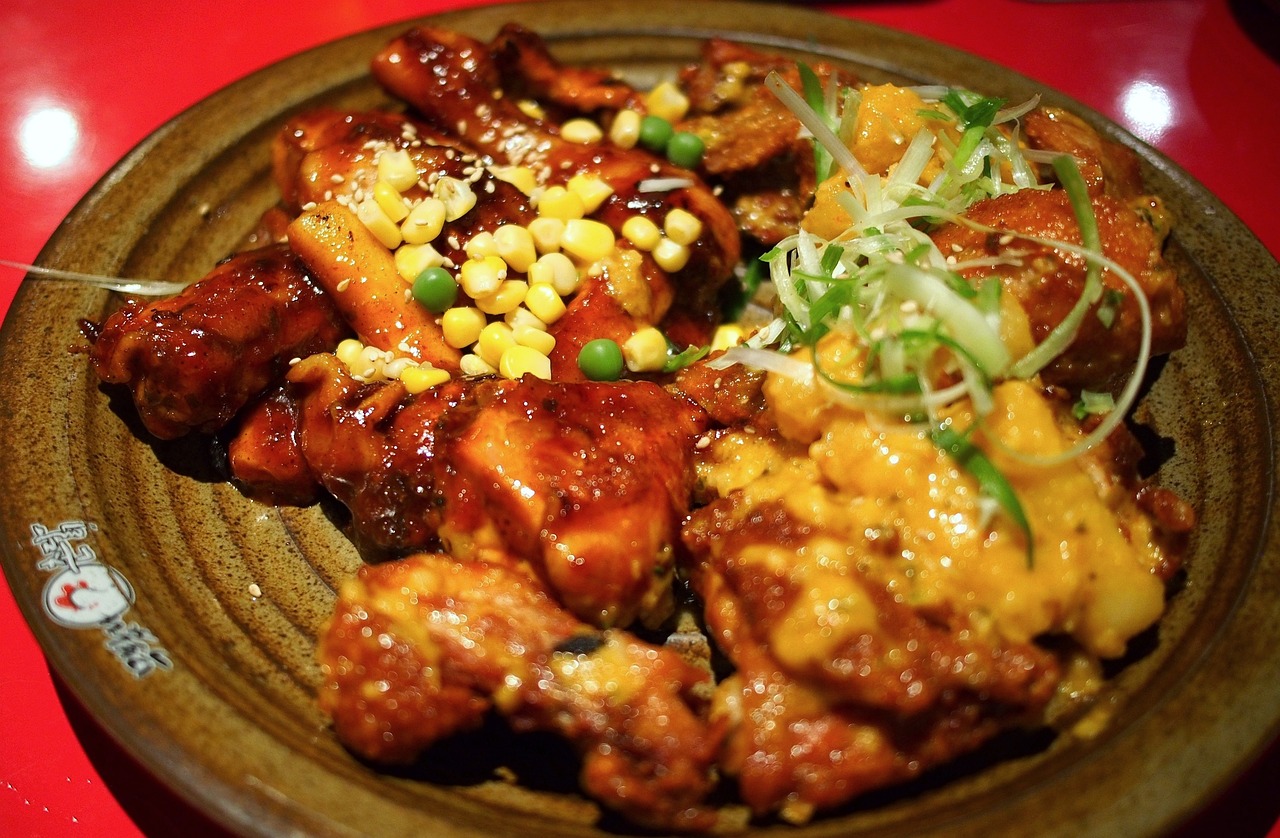 This dish is mainly about seasoned vegetables. It can be served as a banchan (a side dish) or as a component of another dish like bibimbap. The vegetables in namul can be steamed, served raw, boiled, sautéed, or fried. These veggies are then seasoned with vinegar, gochujang, salt, and sesame oil. You can have spinach with garlic and spring onions, seaweed with salt and vinegar and many other such variations.

The Korean sushi is a perfect on-the-go meal which consists of rice rolled with different fillings, like vegetables, meat, or seafood and wrapped in seaweed. You can make one tailored to your taste based on your preferences like you would customize a sandwich. You can read more about kimbap here. 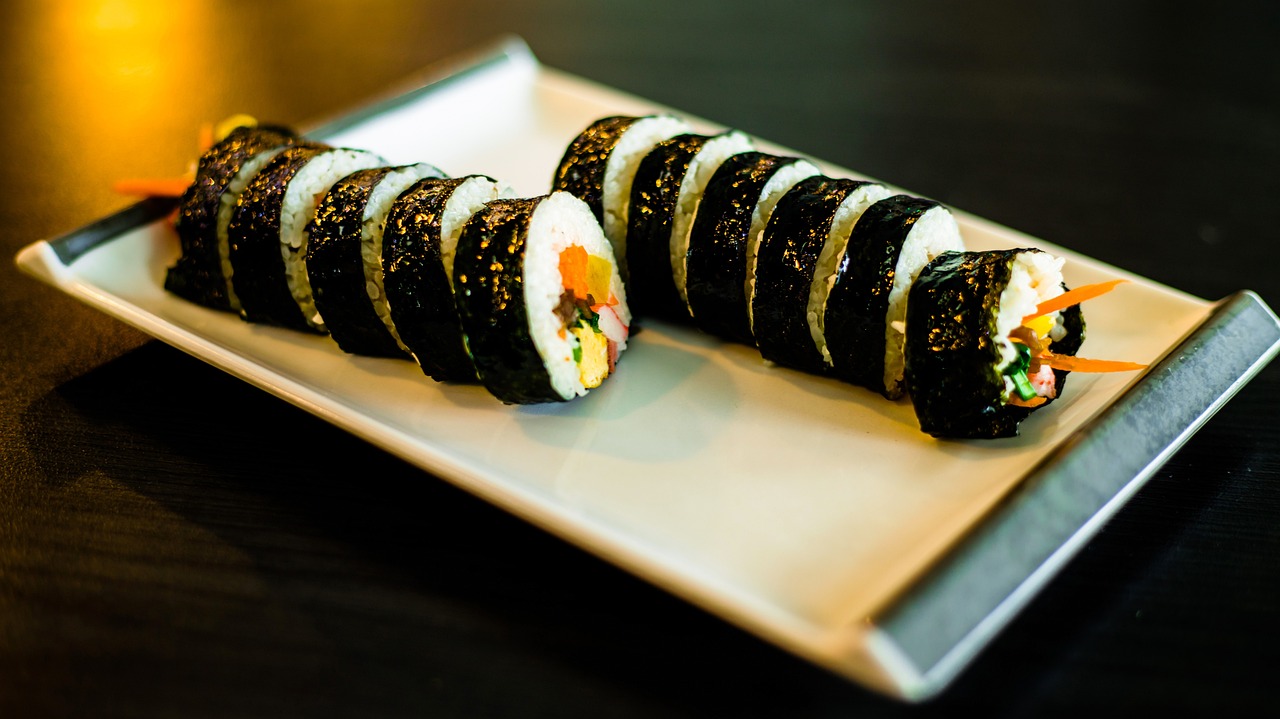 This fermented dish is Korea’s national dish made by fermenting vegetables. We have covered the details about this in a previous post. You can read more about Kimchi here. 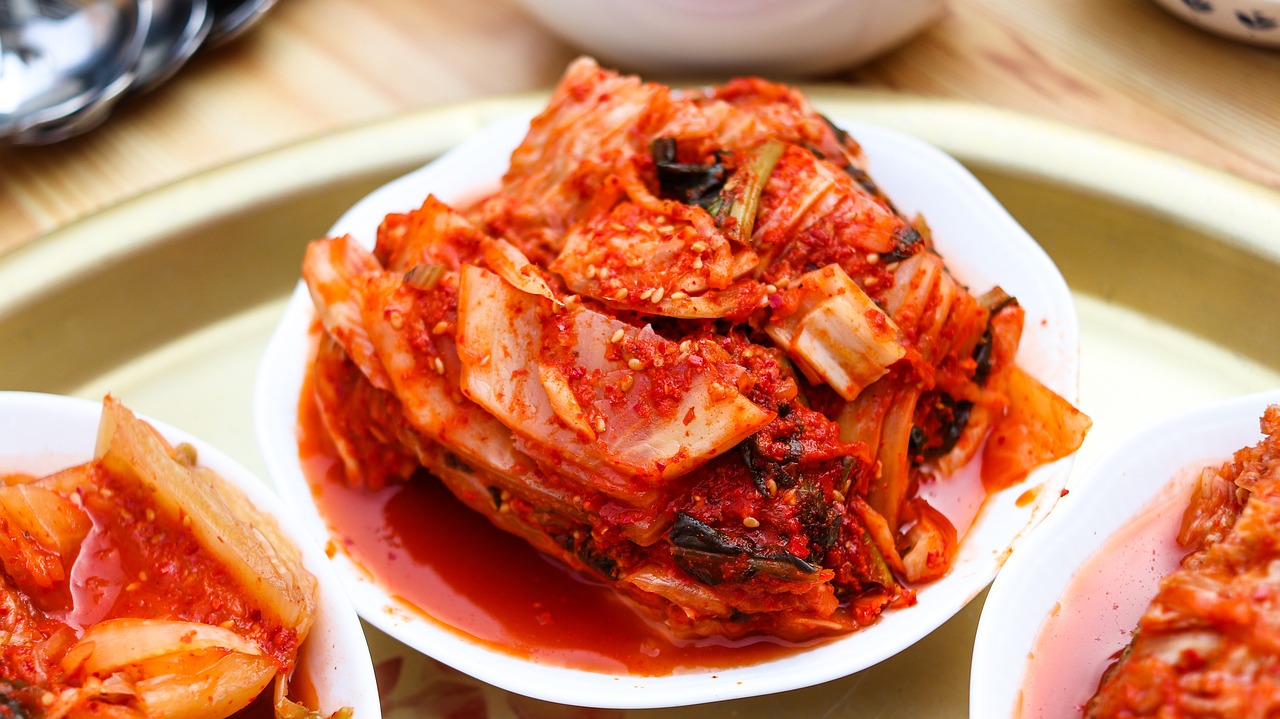 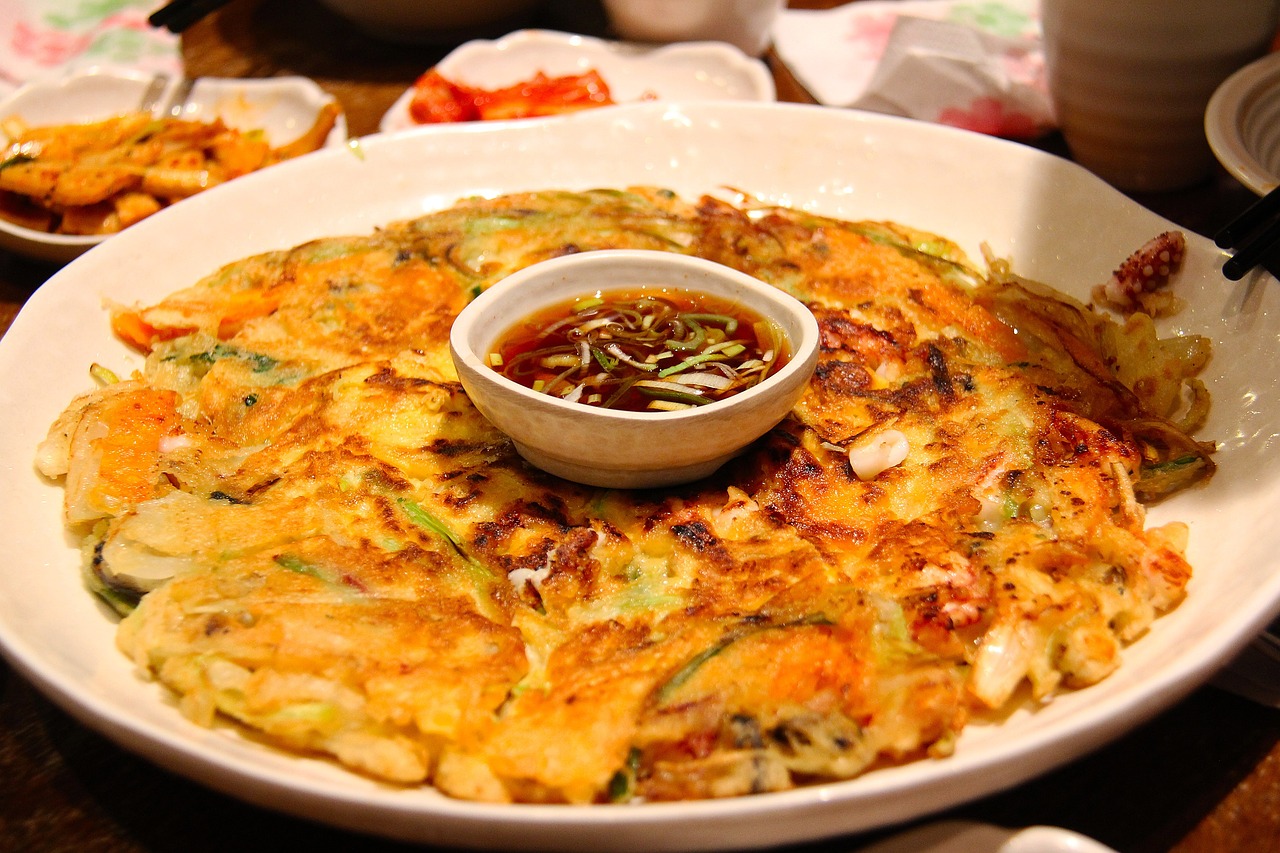 It is a Korean condiment in the form of a fermented paste. Gochujang is like sriracha but much bolder. It contains red chillies, fermented soybean, rice powder, and salt. There is some umami flavour in it. You can eat it with bibimbap and many other Korean dishes. 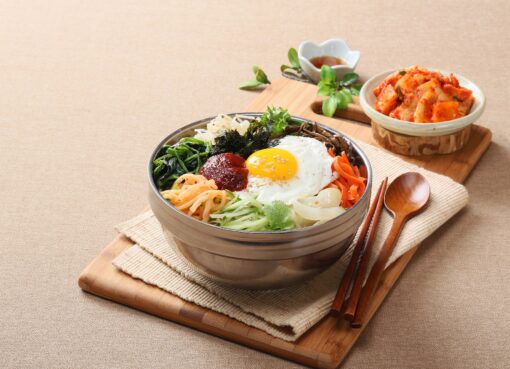 Korean Candies Available on Amazon for your Sweet Tooth 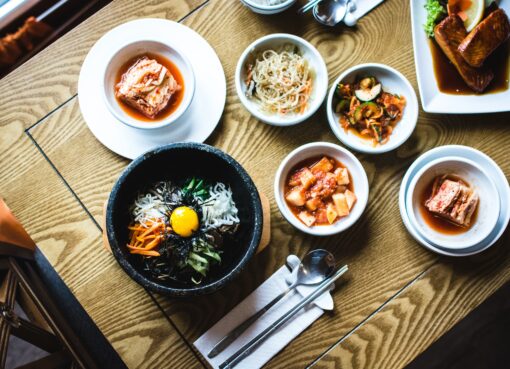