Instant noodles have become a part of our lives, especially college students! These are cheap instant meals that require little more than a microwave or an electric kettle. They came into existence about 60 years back in Japan after World War II to feed the starving Japanese population. They were launched under the name ‘Chickin Ramen’ by Momofuku Ando, which became quite popular globally after some years. 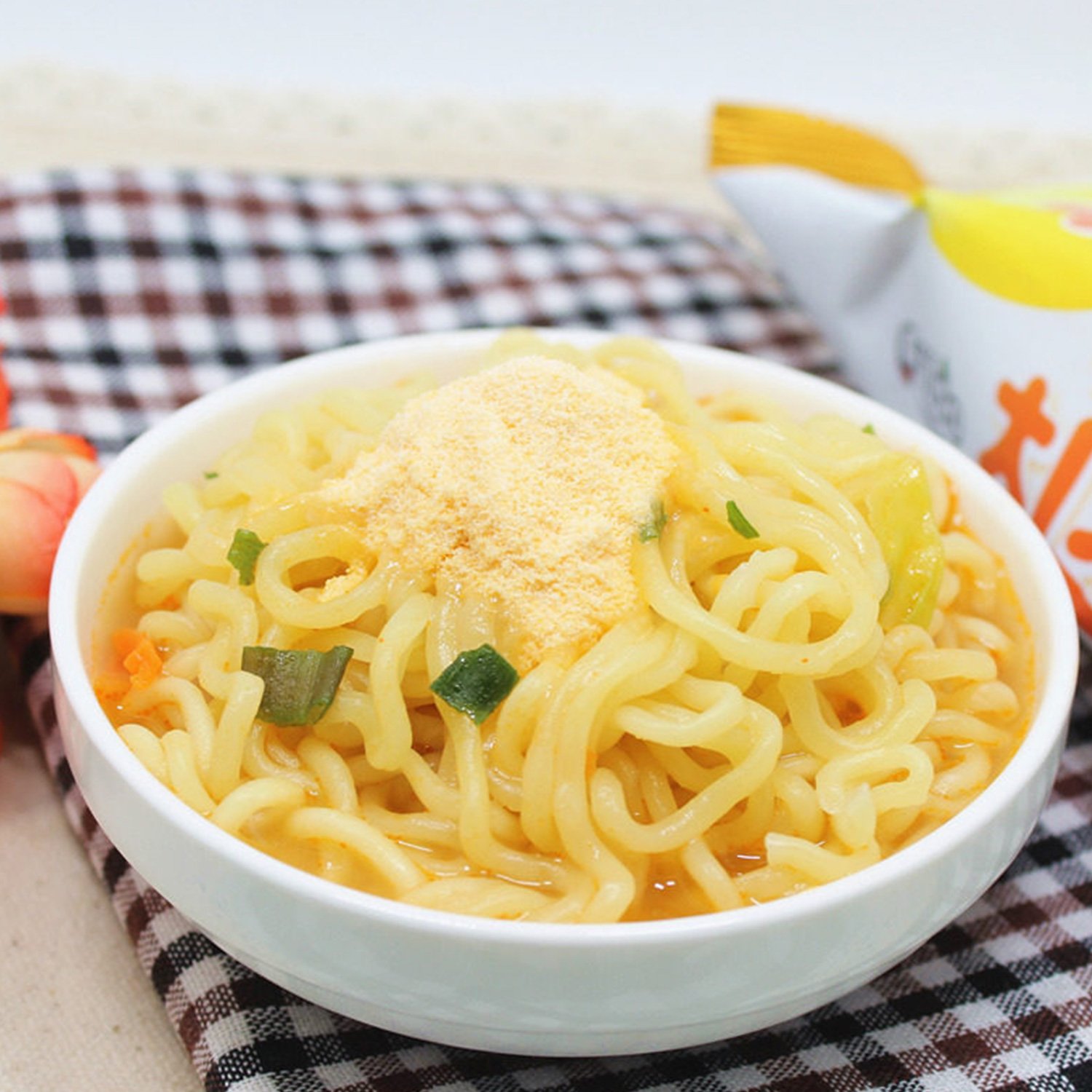 Just like any other country, there are some excellent options in the range of instant noodles that are native to South Korea. These noodles are manufactured in South Korea and are now available internationally via e-commerce giants like Amazon and Alibaba.

These are thick Ramyun noodles with a spicy taste. It is like a traditional Korean ramyun with chunks of beef, vegetable flakes, and the ‘sul-long-tang’ broth base. 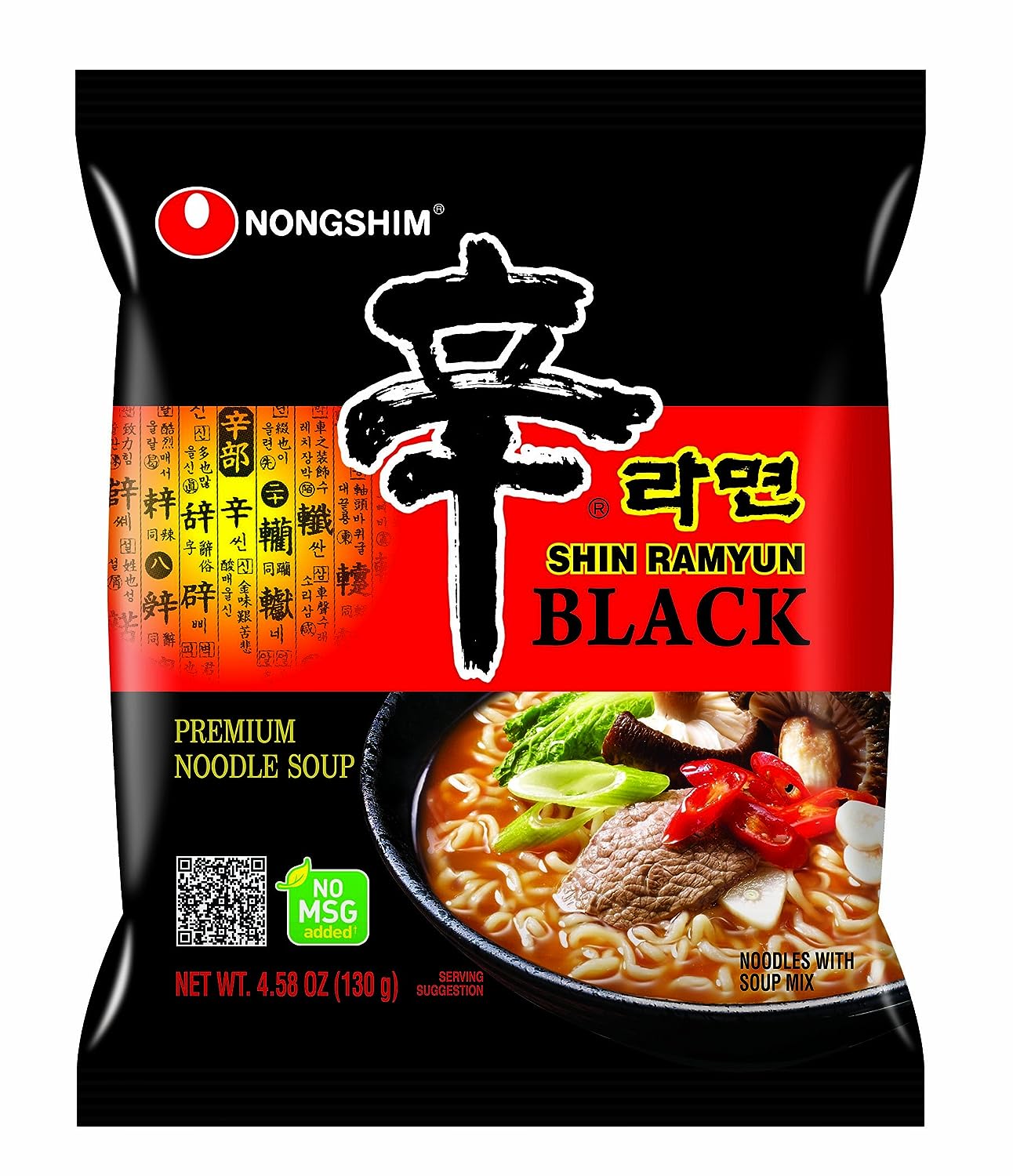 Amazingly good instant noodles where the cheese intermingles with the spicy red broth and the noodles are thick and nice. 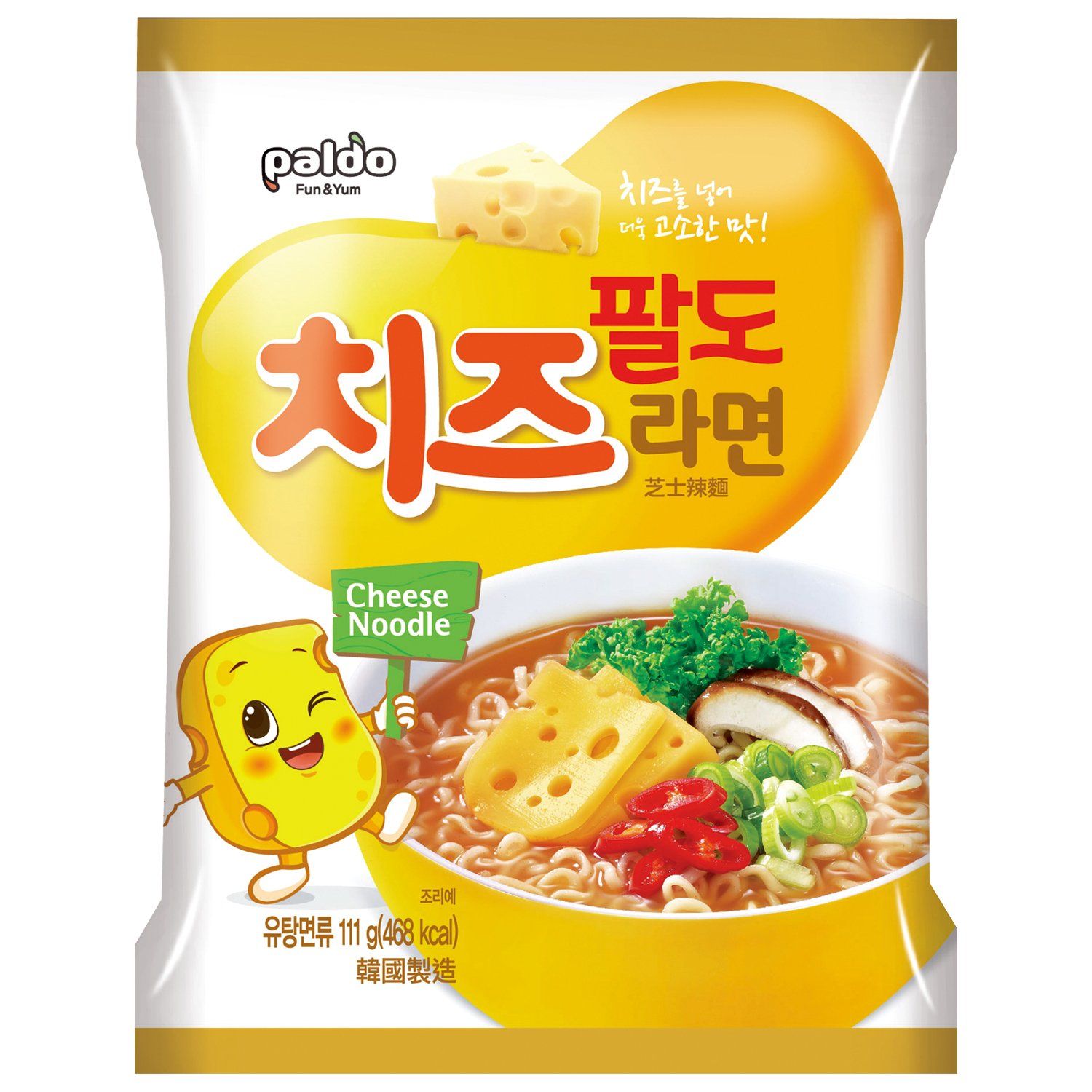 It is a spicy noodle soup that is seafood flavored. It imitates the beefiness of a Korean ramyun but without the beef. Instead of meat, it contains a seafood flavor that works well with the chewy ramyun noodle. 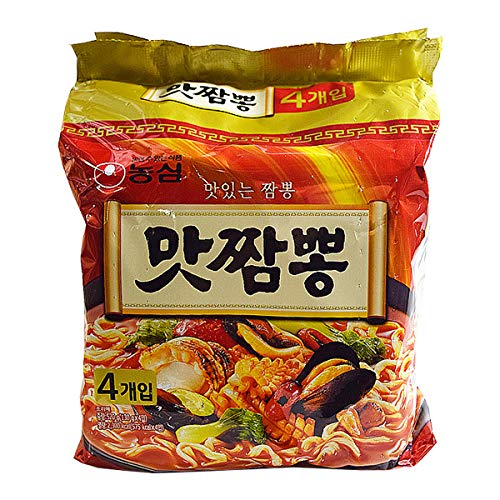 These cheesy noodles come with three seasoning packets – regular seasoning with vegetables, regular soup powder, and powdered cheese. You can make it in a cheesy variation, or you can make cheesy, spicy noodles if you like. 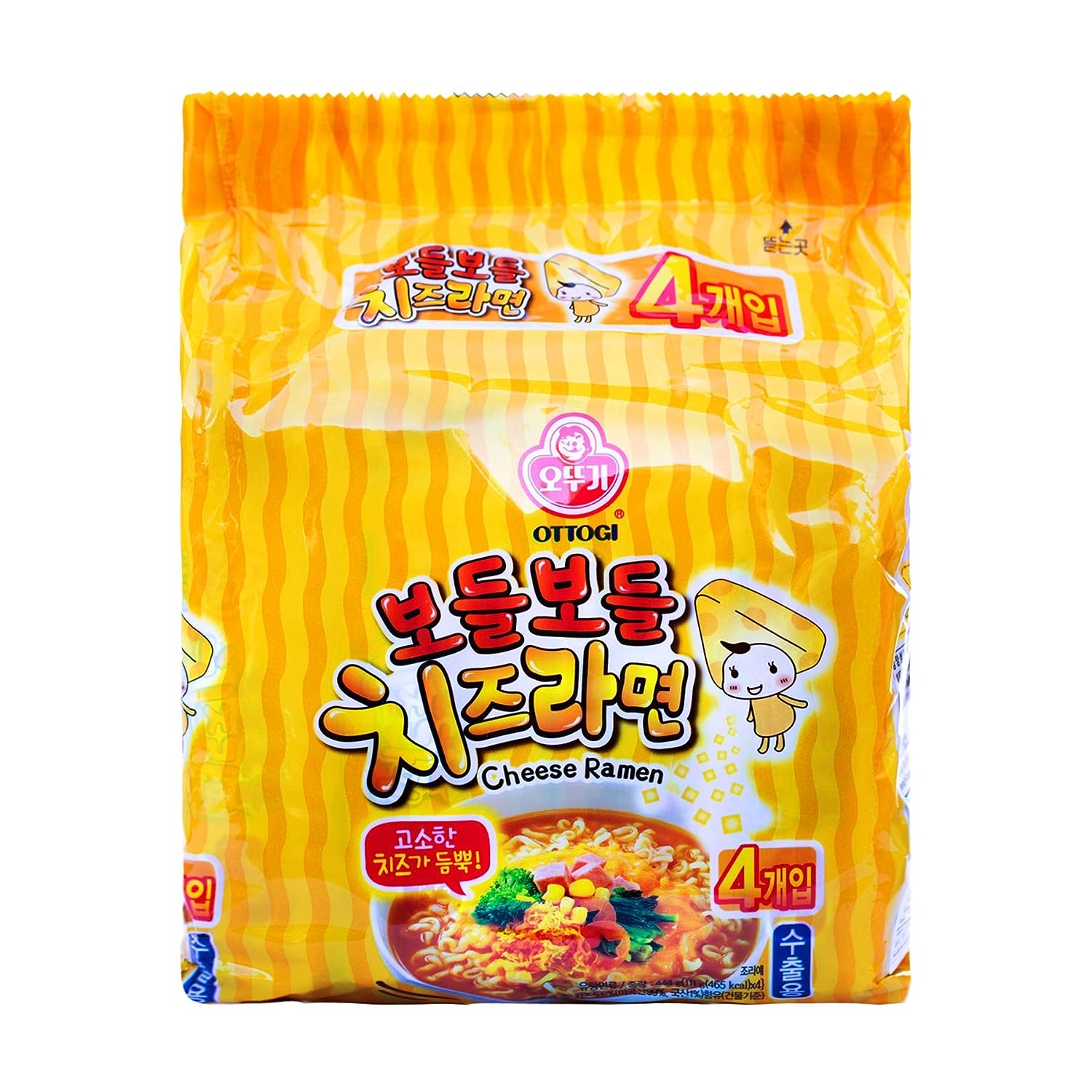 These noodles are a tasty representation of tteokbokki, thick cylindrical rice tubes with a pleasant chewiness that are generally paired with a thick red sauce that is both spicy and sweet. 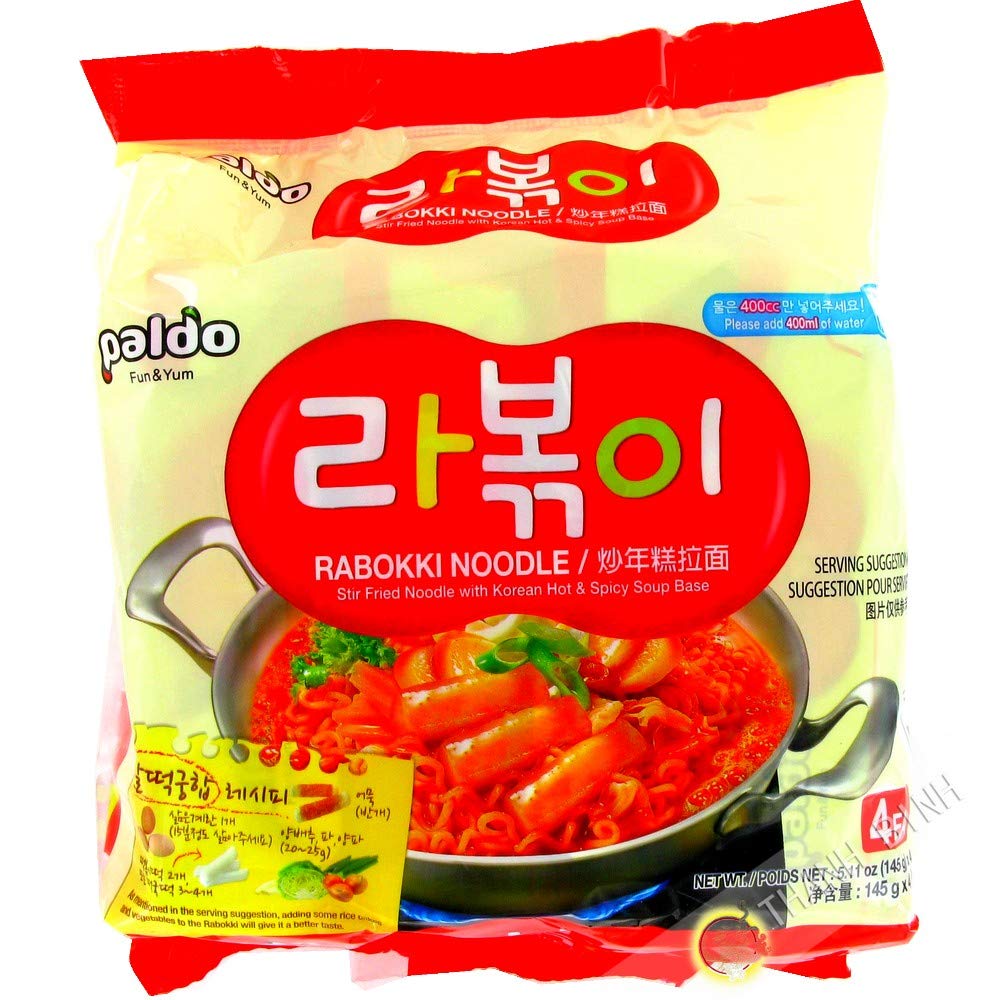 The noodles are thick, chewy, and delicious. Although, unlike traditional Korean noodles, they are chicken-based. These noodles are referred to as buldak-bokkeum-myeon, commonly known as fire noodles in Korea. Its literal translation is accurate to its texture – stir-fried chicken noodles. 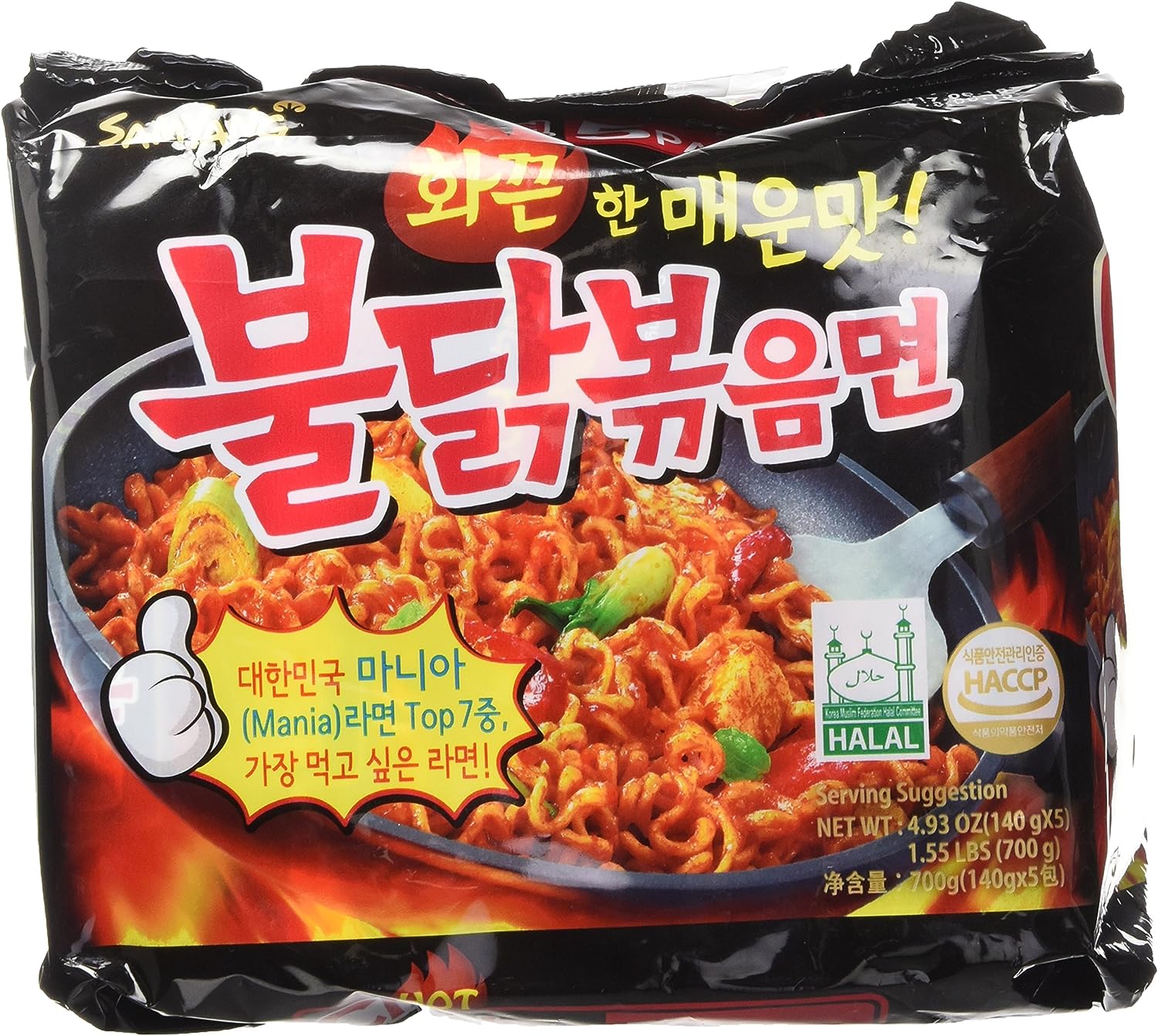 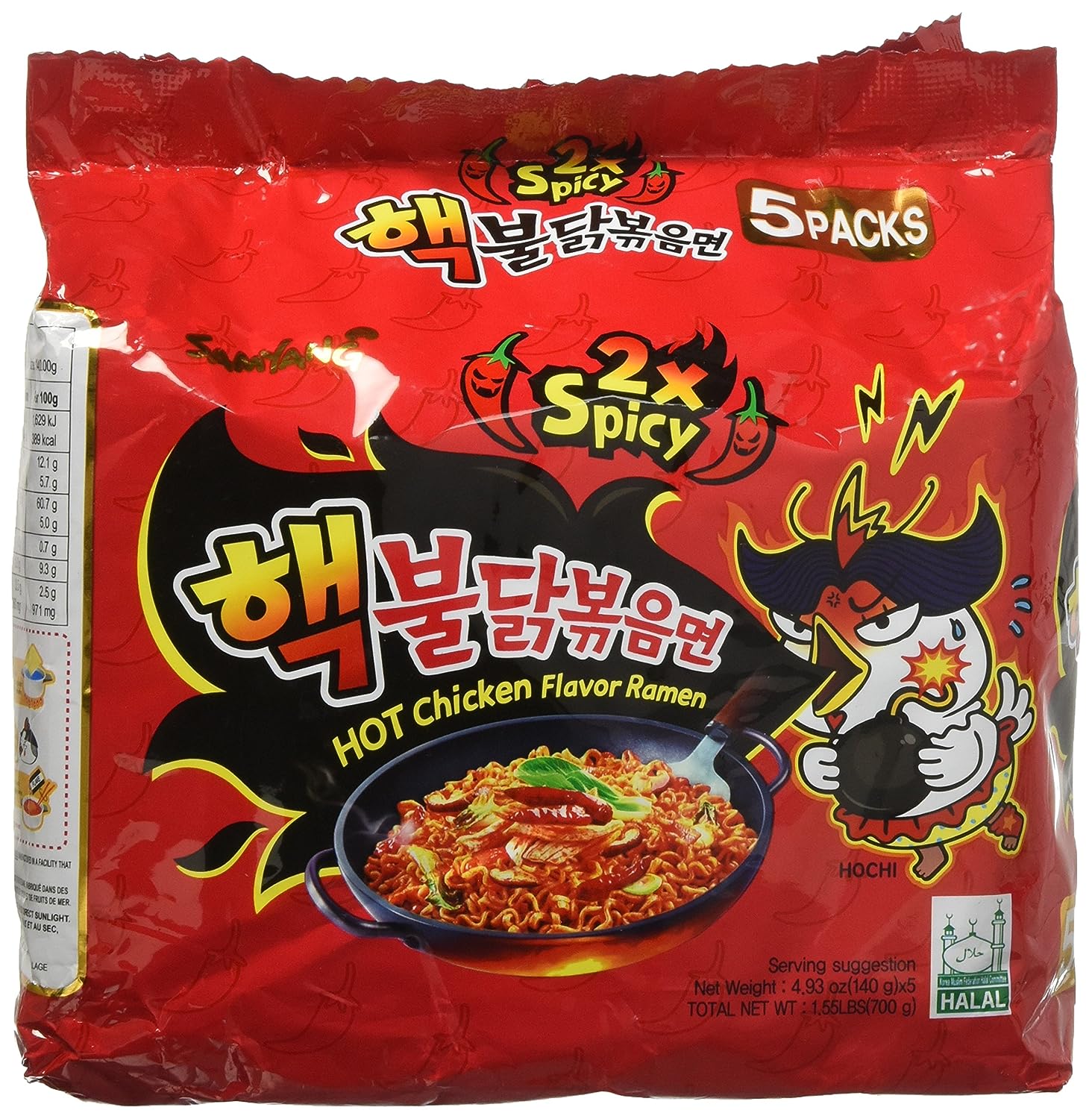 It is instant ramen with bits of processed meats and dried cabbage. The noodle soup combines South Korean flavors to give you tasty goodness. Budae Jjigae translates to ‘troop stew’ or army stew’ as it originated during the Korean War in the form of donated rations from US forces. 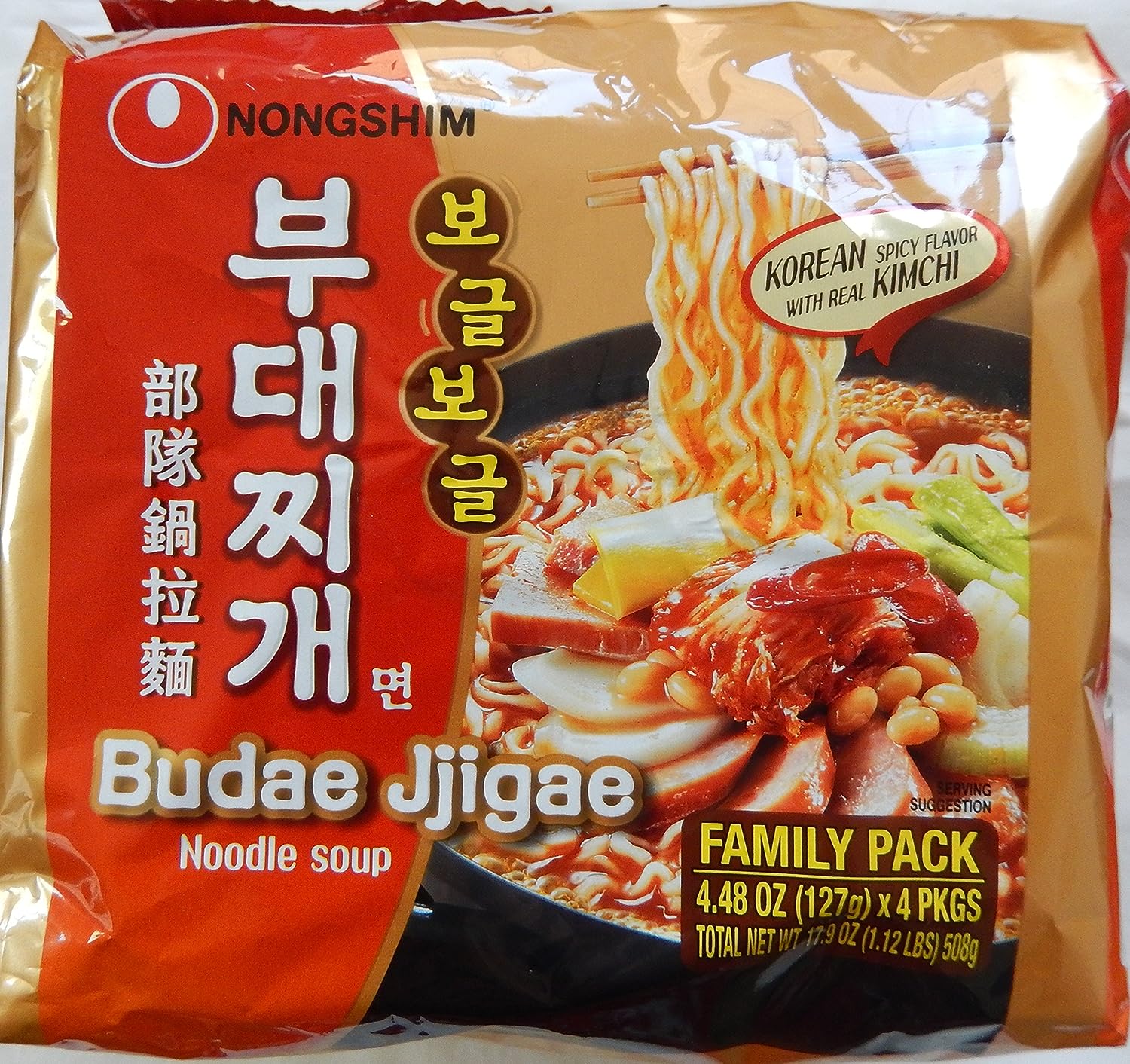 This is a pack of ramen in a delicious spicy red pepper broth loaded with vegetables, green onions, shiitake mushrooms, carrots, and cabbage. The Ottogi noodles are thick, chewy, and soft. 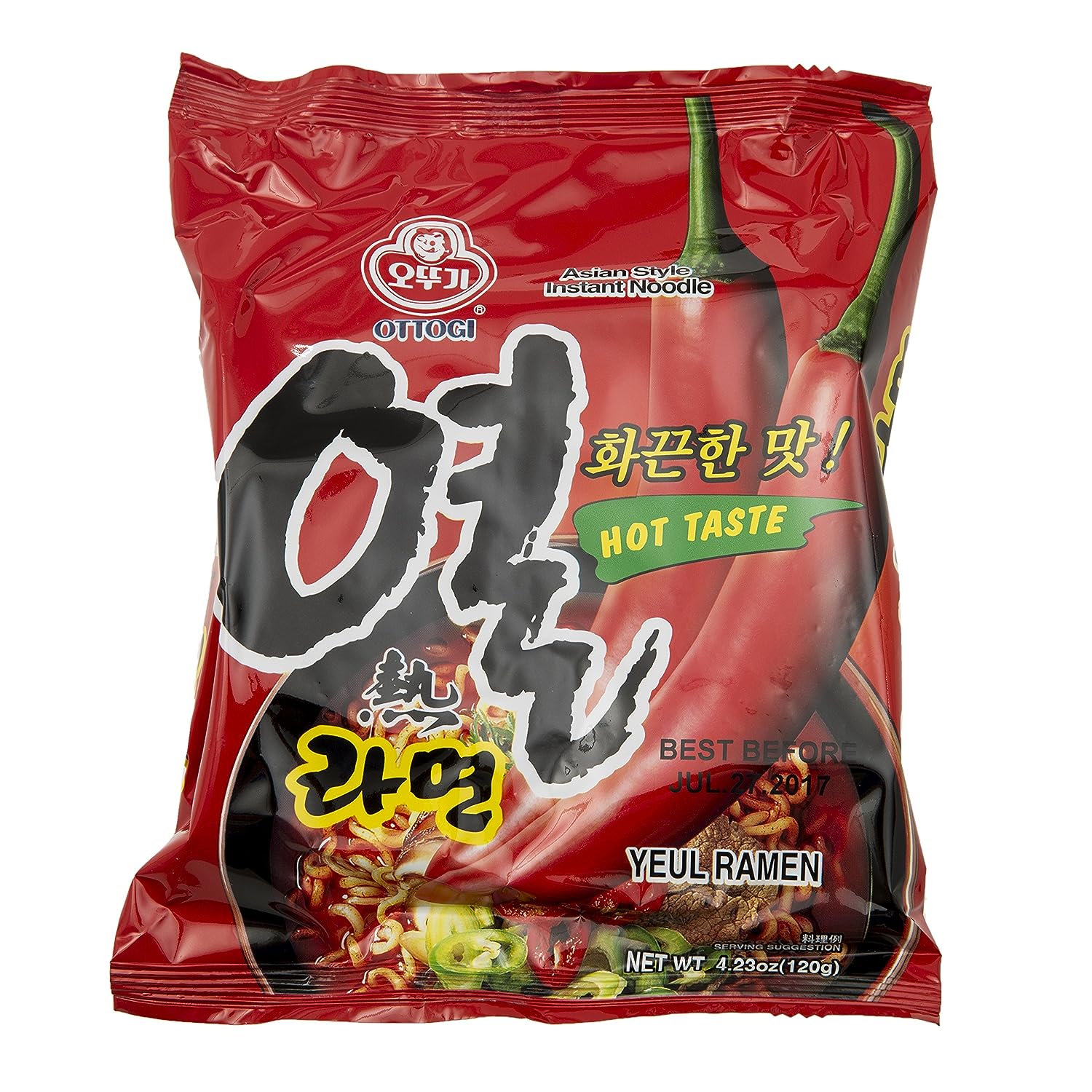 It is a Fusion Style Chajang Noodle that takes on the form of spaghetti noodles in a Chinese black soybean sauce known as “Chajang.” This is a tasty and sweet ramen dish that is made using a variety of spices that have been uniquely mixed with ingredients such as carrots, onions, ground beans, and other grains. 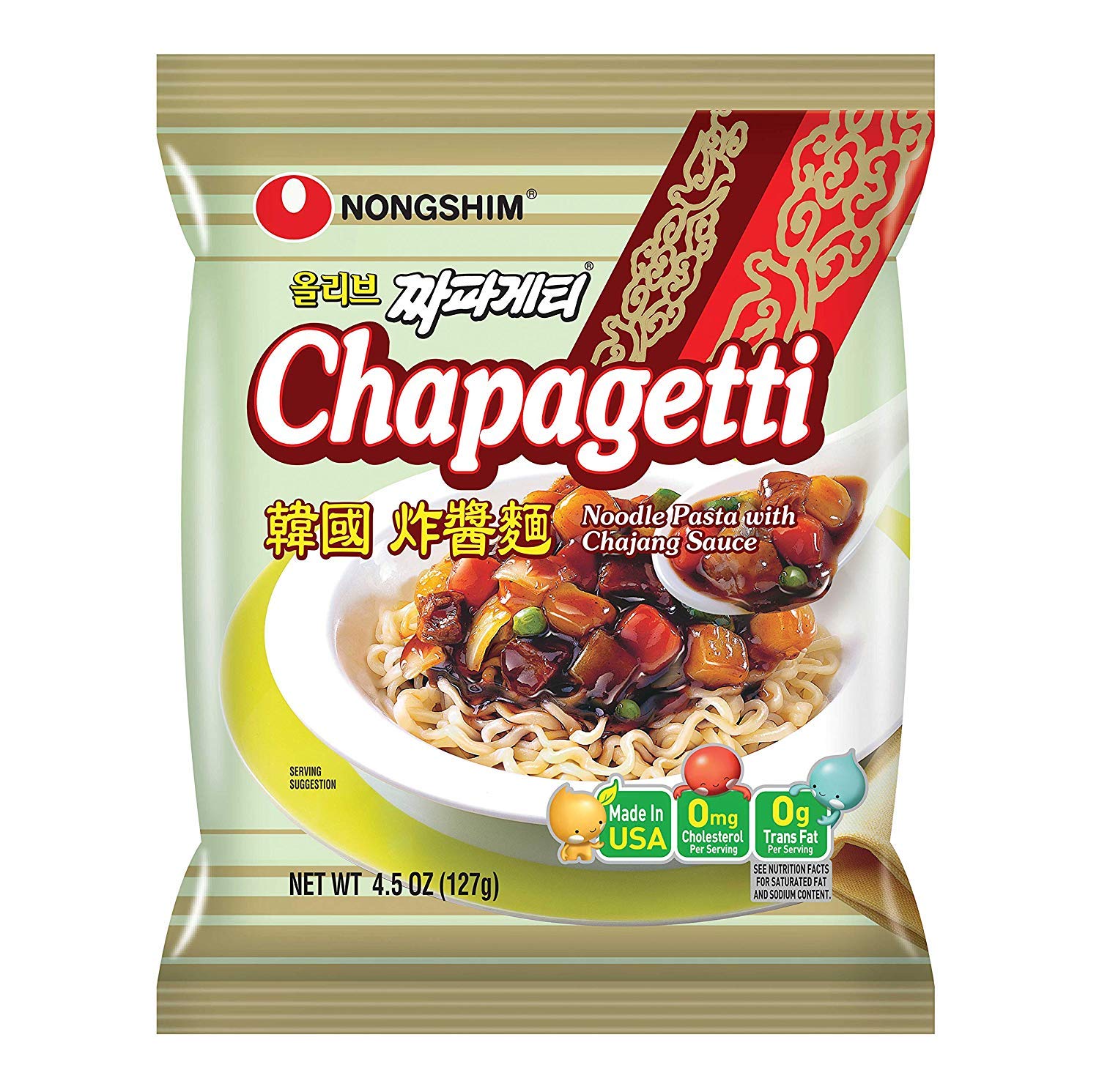 Since the release of Oscar-winning movie, Parasite, instant ramen has taken over YouTube searches about ‘how to ram-don‘ videos. It comes from a moment in the film when the rich housewife (Cho Yeo Jeong) interrupts a rainy drive home with her husband and two children to phone her newly-hired low-income housekeeper (Jang Hye Jin), instructing her to get a warming pot of “ram-don” going. The housekeeper, then asks, “What the hell is ‘ram-don’?” and just like that, this mystery dish comes up.

In videos, ‘ram-dom’ is prepared using instant black bean ramen noodles from the South Korean brand Chapagetti and Neoguri’s spicy seafood-flavored Korean udon. It is combined in a broth made of boiling water and the contents of their accompanying seasoning packets, which is then topped with cubes of seared sirloin. Essential dishes you need to know from South Korea 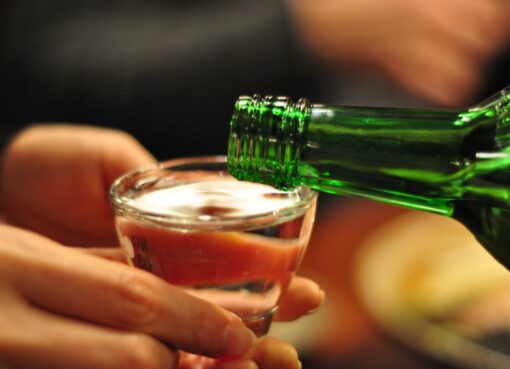 Korean candies available on Amazon for your sweet tooth